Ascension 2 Galaxy is a science fiction RPG reminiscent of early 90s JPRGs yet taking inspiration from newer works as well. It's a sequel of sorts to my text RPG, Ascension, but is set in the broader galaxy instead of the fantasy world of Rynn. Once again, you are Lieutenant Allison Hunt, this time assigned to track a group of dangerous terrorists who have hijacked a prototype missile cruiser.

The year is 2161. The future of naval warfare, the human-built AXV Emergence, leaves drydock. Before the hour is out, it has stopped responding and jumped to FTL, with nobody having any idea where it went. Lieutenant Allison Hunt is in her apartment, recuperating from the Rynn Incident when she gets the call. It's all hands on deck. The Navy needs to find this ship before it's too late. They send Hunt out to the lowest depths, the farthest reaches of the galaxy in a desperate search for clues. The stakes are high. The chase is on.

The tone and feel of Ascension 2 is difficult to describe. It's not a parody or comedy, and is in fact darker and more cynical than some other games. I wouldn't call it allegorical, but it's definitely applicable and inspired by current events in the world. The real world is often flippant and full of humourous moments even at the worst of times, and there is some humour in the game of this nature.

Gameplay-wise, Ascension 2 is similar to other RPG games. Most of the game is free-roaming, visiting various locations and talking to people to complete quests. This is structured into a focused narrative, moving from world to world as the plot advances. Combat is turn-based and conventional except that the focus is on quick, decisive battles rather than drawn-out ones. Attacks hit hard and hit quickly, and inflicting other conditions is deemphasized. There is no magic in Ascension 2, but characters have abilities that behave similarly.

Ascension 2 was conceptualized almost immediately after Ascension was finished in late 2012, but I didn't start working on it until 2014, with a demo released that year. It went through significant changes as I worked on it over the course of 2015.

The game is built with RPG Maker, because it is fast and easy to build a game on, and uses a mixture of RPG Maker assets, free art, and my own abominations. I'll admit freely that there's a lot I wanted to do that didn't make it into the game, but I'm hoping to add some of it in updates.

Ascension 2 is exclusive to Windows as this is the only platform RPG Maker VX Ace supports. It will run on XP or later and doesn't require much of a computer, just 300MB of hard drive space. .NET Framework 4.0 or later is required for the launcher but not the game itself. An interactive manual with more instructions, backstory, and information is installed alongside the game.

For more information and news, check out my website at xcvgsystems.com.

Ascension 2 Galaxy is provided in an installer package. Simply run the installer and follow the instructions provided. The RPG Maker RTP is not required, though the launcher requires .NET 4.0 or later. 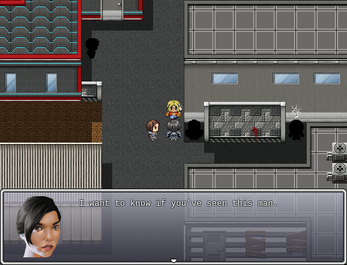 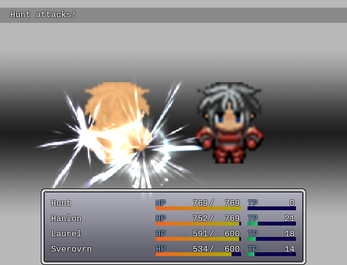 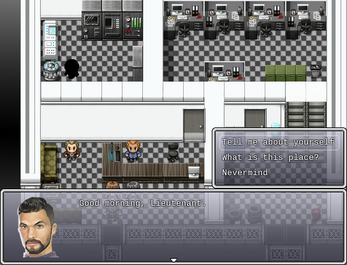 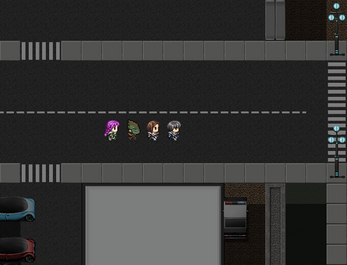