A downloadable Simulation for Windows, macOS, and Linux

Tactical Weapons And Tactics is a cutting-edge tactical simulation from the makers of the acclaimed Firefighter Simulator 2016. It offers a gripping storyline inspired by real events and mechanics based on academic research and true police experience to create a simulation that is both engrossing and educational.

The city never sleeps, and no night is ever truly uneventful. Not for its million-and-change inhabitants, and not for the police force charged with keeping them safe. Petty theft, burglary, arson and assault are facts of life, as is- of course- impaired driving and illicit drug use. Duelling gangs and emerging threats like cybercrime and terrorism are even more worrying. Still, the residents of the city feel mostly safe with the thin blue line protecting them.

But this night is more eventful than others. The only thing worse than crime is organized crime, and tonight, there's a new gang in town. Believed to be an arm of the Russian mob, they are ruthless, skilled, and extremely well-funded. It is time to make their mark on the city, and they do so with brutal efficiency, striking every rival and carving out their own territory.

What fragile balance there was is shattered in mere hours. Violent crime is on a rapid rise. And for the local tactical team, there is no such thing as an easy day.

Tactical Weapons And Tactics is NOT a run-and-gun, arcade-style first person shooter. It is a realistic depiction of tactical combat and police procedures, where everything works like it would in the real world. Going in guns blazing will result in the deaths of suspects and the deaths of your team. You must use proper tactics and technique to bring the suspects in and bring your team back alive.

(this game was created for SBIG Jam 2018, is a parody, most of the above is outright lies, and it contains mature subject matter) 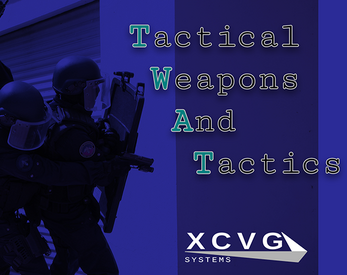 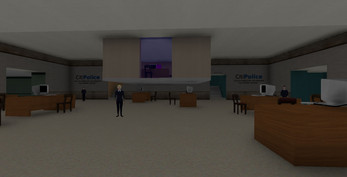 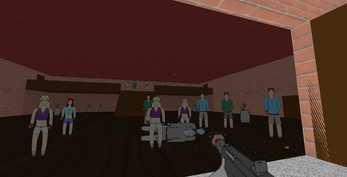 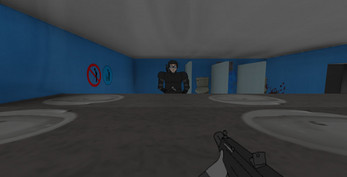 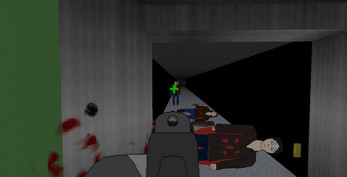