A Christmas special in the Outliers and Outsiders series.

When a fancy Christmas party goes horribly wrong and terrorists take over the Liberty Macvonden Building, it's up to Magical Girl Gina to save the day and her girlfriend!

This follows the previous games in the series, In The Middle Of The Night and At The Break Of Dawn, but is more a special or spinoff than a sequel. It is set a year later, in December 2021. Like previous entries in the series, it is a first-person shooter with the addition of dialogue sequences, animated cutscenes, and other interactive and cinematic segments.

This game was formerly known as Project Takagi, and has also been referred to as Escalation Slayer at some points in its development.

I commend you on the ambitious new release !

* the oopsie with the bomb was fun

* No major bugs in my play-through

* it gets pretty brutal when the enemies stack on each other and shoot you through a door/wall ... good thing Gina can book it.

* How the heck does the main bad guy get away on that first encounter  ? ... seems like it's missing one cutscene there?

* why doesn't Gina immediately (after going up a floor) transform ?

* man how did that guy manage to hire like 100 henchmen? Specially with such a convoluted plan, also were the millions in a safe, did they get them ? Seems like just shitty plan to get so many dudes onboard. Also why stop the party and capture the dude, seems like they could have just stolen the shit and left with out bothering anyone ?

* some dialogs and dialog choices not super clear

* what about your team of magical girls, why not call them ?

I think as a game that is part of a series, it doesn't really move that plot forward, it could have stood alone as just its own thing, possibly for the better maybe ?

Anyway, feels like its coming on harsh, sorry, just not loving the excursion from the main line I guess.

I suggest if you do make another entry in the series to focus on expanding and exploring all the elements you've come up with. Whats up with the magical baddies, how is the new team working out? How does having the tech/bow lady change things? Are they working on reversing the height / color thing ?  What is Gina doing with her life has all the adventures changed her? How is Sakura managing a job and leading the team? Is bow lady (sorry I forget her name) fixed or is she still messed up, did the healer girl forgive her for reals? Have they reached out to some of the other ones in the journal?

I think there might be some interesting things to explore there still.

There are definitely some gameplay issues. The AI absolutely can't handle small, enclosed spaces, so I kind of overcompensated by adding more enemies.

The main reason the storytelling is disjointed is because a lot was cut to try to get the scope more reasonable and finish in time for Christmas. I'll probably do a postmortem at some point, but entire characters and scenes were removed and various scenes cut down to their bare minimum.

Some of the plot holes are inherited from the source material, while others were introduced by the adaptation. The ridiculous amount of henchmen is 100% a concession to gameplay. A lot of "why not do x" questions can be answered (at least from a Doylist perspective) as "then we'd be diverging way too much from the movie".

As an aside, how much I wanted to diverge is a question I wrestled with for most of the process. Ultimately I decided to stick as close as possible, making pragmatic changes for the change in setting where necessary, and only take a hard turn at the very end of the game.

I think I missed a bit in terms of tone; I had visions of it being a lot more self-aware, bordering on parody, but the finished product turned out quite a bit more dry. It was never meant to be taken all that seriously, but at points it's hard not to. And I think if you do take that serious look at it, a lot of those lampshaded or glossed over issues become glaring.

Some of the flaws I'm hoping to fix in coming years as I come back and update this for each holiday season. The (very) tentative plan is to flesh out the narrative sections for 2022, adding back a lot of the stuff that was cut. The gameplay issues probably won't be fixed until 2023.

I can understand being disappointed by this being a diversion rather than a mainline entry in the series. Given the relative length and scope, yeah, I can see why one would have preferred a mainline game instead. It was meant to be a fun little holiday special, but it ended up more of a big holiday special. Did I hype it up too much? Maybe.

It probably could have stood on its own, but I really didn't want to start another potential new series in 2021. I think I ended up failing that anyway, but at the time I conceptualized this game it was still a goal.

A lot of the questions you raise about the world and the setting are ones I intend to answer at some point, although I don't have answers to them all yet. Suckerpunch 3 (Big Team Heavies) will probably be a thing someday, though I have no idea what that game is going to look like yet. I'm thinking there will also be something to bridge the gap between At The Break Of Dawn and this and Suckerpunch 3, but it probably won't be a game. Those will cover a lot of those questions, build out the world a bit, and follow on from the themes and plot points of At The Break Of Dawn. 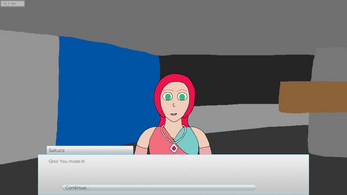 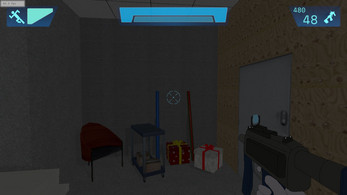 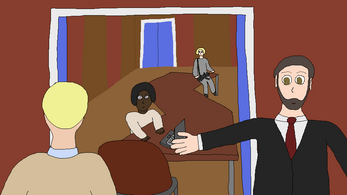 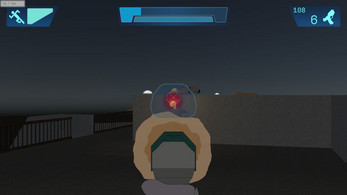