It's been exactly two years since the first public demo of Ascension III. When you put Ascension III in its current state beside Ascension III as it was then, there's quite a contrast: 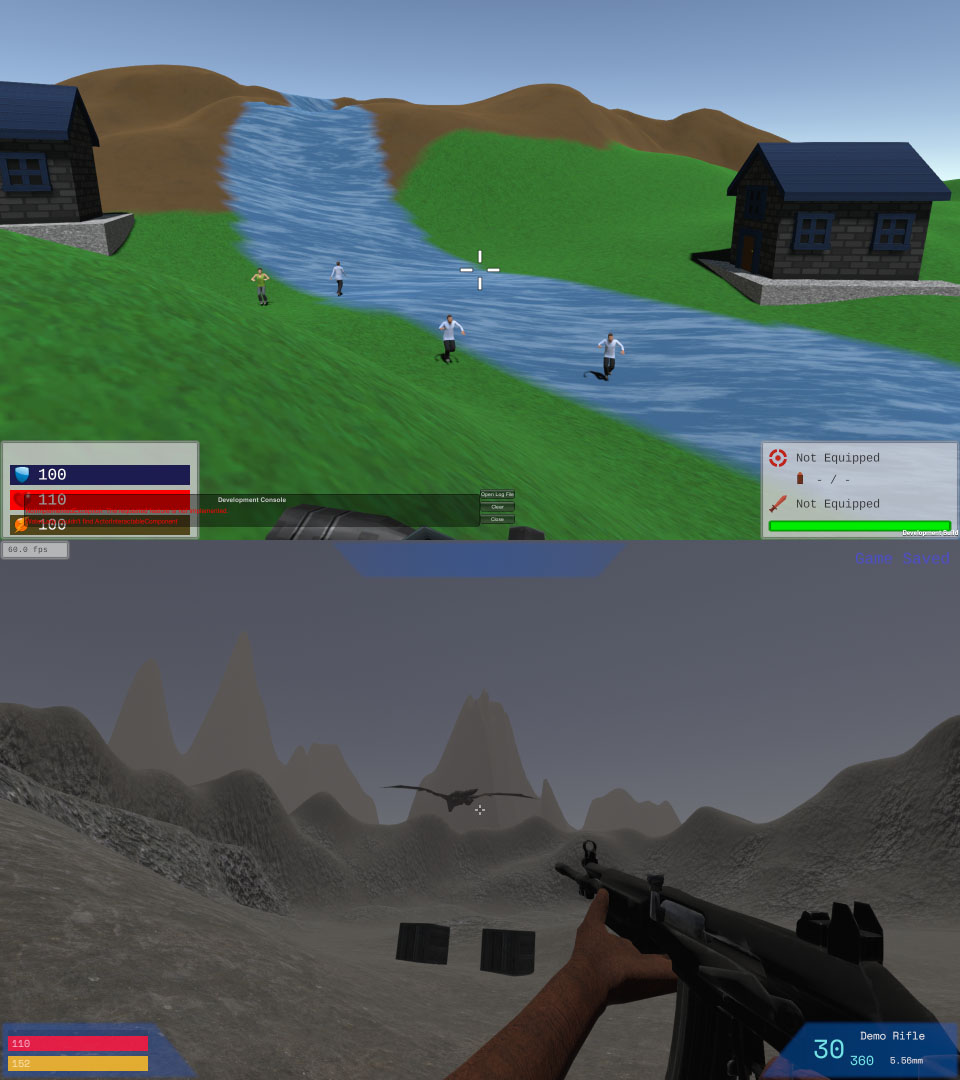 I'm going to be honest, the past six months have been slow going on Ascension III. A combination of lack of enthusiasm for this particular project and other things simply taking priority have largely kept me away from it. I have a plan for where to go next but I haven't yet executed on it, and I'm not sure if I'm going to get to it soon either.

I've built multiple other games on the same core codebase in that time, and incorporated fixes, improvements, and ideas from those back into the main line. Among other things, I've finally fixed the boost-slide bug in the character controller, having discovered the cause while developing Shattered. I've also made some steps toward mod/addon support, reworking the resource manager and startup sequence as prerequisites. I may do a devlog post on this- I'm not sure yet- but for now you can go through the progress updates on my website and/or the CommonCore release history to get a sense of what's changed.

All that being said, there is a new demo out (attached) which shows some of the new features. If you're more curious about the code, this release corresponds almost exactly to CommonCore 2.0.0 Preview 12a. If you've played the previous demo there's nothing groundbreaking here, but if you haven't this is a good one to catch up with as it includes both the Island and Dragon demos.